This article comes from theonion.com. Your goal is to write the appropriate HTML to make it look like the following: 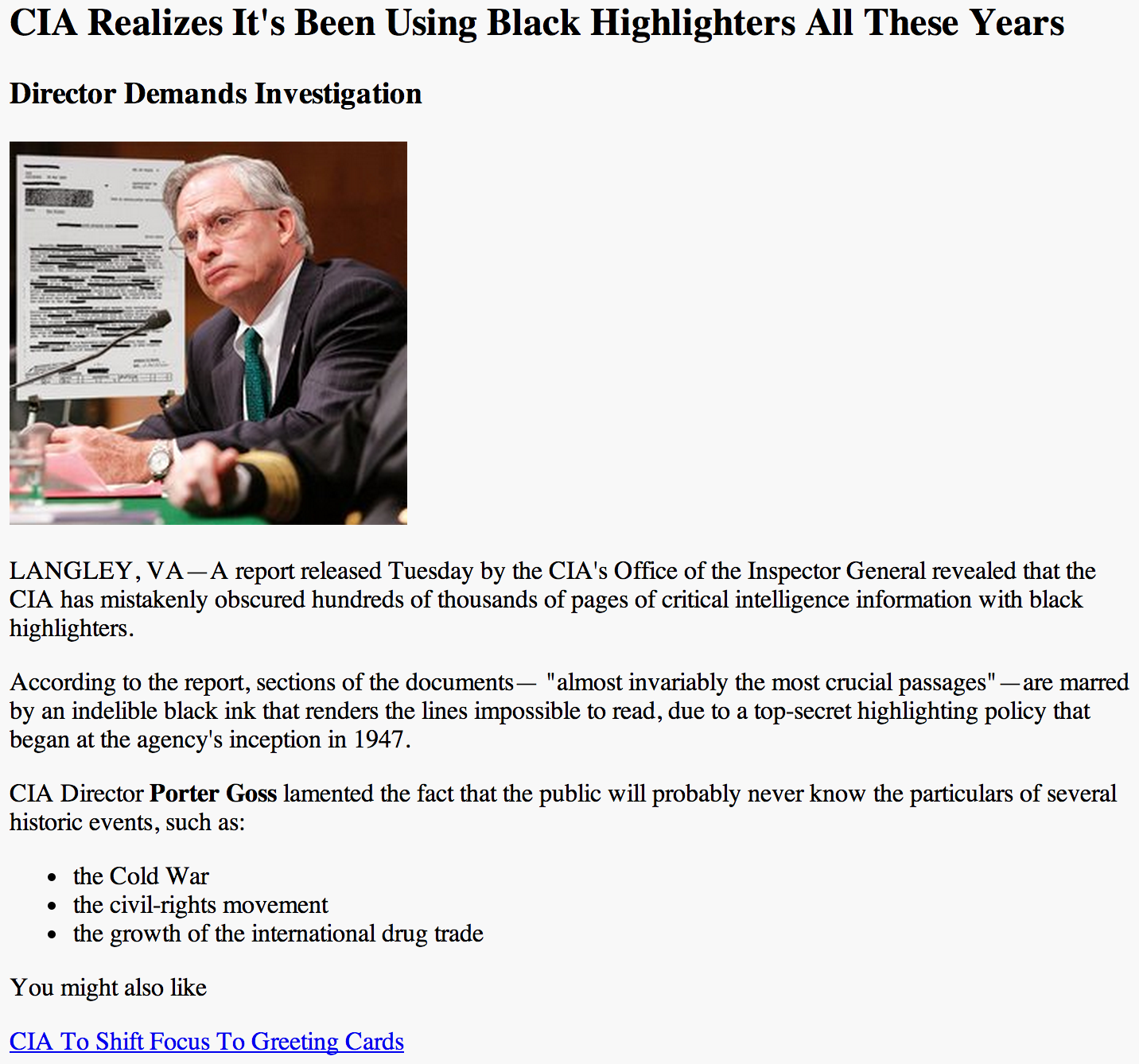 Here's the text of the page you need to add (so you don't need to type it all out manually):

If you want to jump straight to the debugging checklist, click here. Debugging is twice as hard as writing the code in the first place. Therefore, if you write the

Your assignment is to build a website that looks identical to this: Then using responsive web design practices your website must look identical to this when the screen is shrunk down to the smallest size (phone size):