In this age of mobile devices the developer has to account for their product being viewed on a hand held or tablet sized device as well as laptops and desktops. This means your site should look great on any size screen!

Here is an example of a website that does not adapt to screen size. (Laptops and desktops: follow the link, grab a corner of your browser and shrink it to phone size...notice how none of the elements reposition and much of the information is offscreen because of it? This makes users very unhappy.)

Responsive web design is an approach to web design aimed at making your sites content look great on all screen sizes. 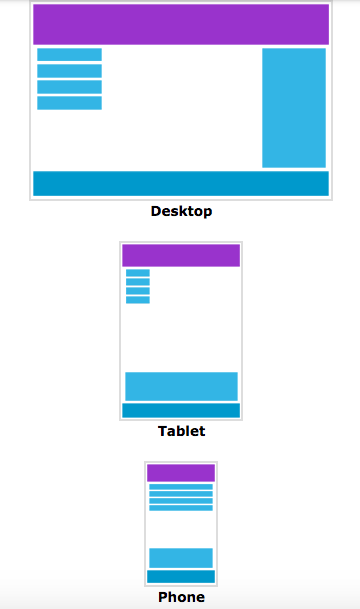 These days, all web apps should be created with this approach.

A media query is a fancy way of asking "How wide is the window." We can also query to check if our device is in landscape mode.

It's almost like writing an if statement for your CSS.

In our CSS, we could have the line:

This is like saying, if the screen(or window of the browser) is less than 500px. We write the then part of the if-then statement in brackets.

This one is saying: If the device in in landscape then turn .my-class red.

This example is arbitrary, but we could see how it would be nice to show certain wider content when in landscape, and hide it while our phone or tablet is in held upright.

These work with and statements as well...

So the screen must have a minimum width of 600 pixels AND a maximum width no greater than 800 pixels in order to run the code inside of the {}'s.

Notice we use a "," rather than or, that is because the above statement will actually be read as two different media queries, but for the sake of understanding you can view this as a simple or statement.

So we might have several media queries to cover the many different size screens our site might be viewed on. We might have one for phone sized screens, one for tablets and one for laptops.

Here is sudo-code (not actual code, but an english approximation of the code) as an example:

Let's now break down the two phrases you will see most often...max-width and min-width and how to remember which does what.

If our screen size was 650px width would the following media query would be true or false?

Let's get a bit more complicated now.
If our screen size is 650px what color will our background be?

You guessed it! Red!

Why? Because both media queries are true and so first the screen will be turned blue by the first query (too fast to see), then it will be turned red by the second. And red it will stay. (Unless acted upon later in our CSS!)

Suppose we wanted the first (background: blue) to apply to any screen size over 640?

Note: only screen is made of two recognized key words, the first only is a keyword not recognized by older browsers and will keep this block of CSS from running on them. The second screen is saying if we are printing to a screen rather than email or printer, etc. then do the following code.

For more information on only see this Stack Overflow answer @Hybrid's answer.

Here is a link with the various sizes of common devices including Apple Watches, various phones, general rules for laptops/desktops (because there are so many) and tablets.

Let's look at some mobile first examples (because you should ALWAYS design for mobile first):

This accounts for only two sizes, but that is still better than accounting for only one, much better.

Here is a larger, or rather more detailed, example:

Note: Bootstrap (the framework) uses media queries so while you will find that Bootstrap might be an easier choice to create responsive websites, you need to understand Media Queries to understand Bootstrap.

Mobile First is a popular design practice. This means that we design for phones and small screens first.

This helps our content load quicker on small screes.

Instead of using max as in @media only screen and (max-width: 750px) we use min.

You will often see, and will more than likely what to encapsulate all the design for your media queries group in their sizes.

Media queries will overrule general CSS written outside of a media query block. So in both of the follow cases, the background color would be blue with the screen was less than 500px wide.

CSS Positioning CSS positioning is involved, but take the time to memorize and understand these challenging principles early and it will make your front end developing life a whole lot more pleasant. The four positions we will talk about now are: static relative fixed 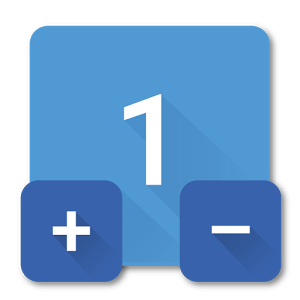 In this exercise you will use React to create a simple counter application. Your counter app should have: A display for the current count An increment button A decrement button