Express is a very lightweight framework that allows you to do things however you want. This makes it very flexible, but also means you could write a less-than-optimal server without knowing it.

Error handling is an important task for your server to accomplish. If you don't gracefully handle errors, it could lead to a bad user experience at best and could crash your server or compromise data at worst.

For the sake of brevity and clarity, we'll be doing everything in a single server file (index.js) and bypassing a lot of the unrelated setup steps you should take. Normally you'll have routes, possibly with further nested routes, but the process for handling errors will be exactly the same no matter what your setup is.

We've created 2 endpoints - a GET to /puppies (presumably to get a list of puppies) and a POST to /puppies for creating a new instance of a puppy.

Express has a built-in error handling function. The problem is that it's built to send an HTML document back to the client with the error written in the document. If you're using Express to build a REST API that should just be sending JSON back, this won't do.

So Express has made it very easy to create a custom error handling function of your own. All you need to do is create a middleware function directly before your final lines of code in the app.listen. Putting it right above that last part of your server ensures that it only runs as a last resort, if all other routes have failed to send a response back.

Let's see what this error handling function could look like and then we'll talk about it:

This error handling function must have exactly 4 parameters: err, req, res, and next. (Express checks the number of parameters of its middleware functions. If it has 4 arguments it assumes it is an error handling middleware.) So whether you're planning on using them all or not, make sure to include all 4.

We'll come back briefly to improve this, but for now let's see how you can forward errors on to this middleware

Notice we made a distinction between a synchronous operation and an asynchronous operation in the route. That's because Express can handle errors in sync operations in an even more simple way - just throw the error! If an error is thrown, Express will catch it and pass it along to your error handling middleware for you.

In the above example, we can synchronously check if the incoming request has a query called someRequiredQuery. If not, throw a new error with a helpful message. This message will often end up being the one that is displayed to the user to let them know what went wrong.

If you try running a GET in postman to localhost:8000/puppies. It's working! Our error handling function is sending back the text "There was an error".

But you'll also see a couple of issues: First of all, our response has a 200 status, which it shouldn't (because everything is NOT "OK"!). Second, we're not responding with the message from our error. As we said earlier, we'll be revisiting the error handling function to improve it later.

If you're performing some kind of async operation and run in to an error, you won't be able to just throw an error. Instead, you'll simple pass the error forward using the next parameter. It's very simple:

If Express determines the thing you're passing forward with next() is an instance of an Error, it will bypass any other middleware and send it directly to your error handling middleware.

In the above example, be aware that you'll want to make sure to check the err object's message property if it will be sent to the client. We'll talk more about that later.

Let's quickly fix the problem where we're sending 200 statuses back. Because the res object is a singleton (it's the same object everywhere you come across it in Express), we can set the status before passing our error forward to the error handling middleware:

This way, our error handling function doesn't need to try and determine what status code should be sent.

Sending the right error message to the client

If you ensure that you're sending an actual Error object to the error handling middleware (could be any of JavaScript's native error types), it will have a property called message. That message is the text you (or the 3rd party library that had an error) set on the error when creating it:

Let's make all error responses we send back from the server have the same "shape":

The property of the object you're sending back doesn't have to be called error, you can choose anything you want. However, the actual error object has a built-in property called message so you can't change that part.

Now when we make our GET request without including the someRequiredQuery query, we get this: 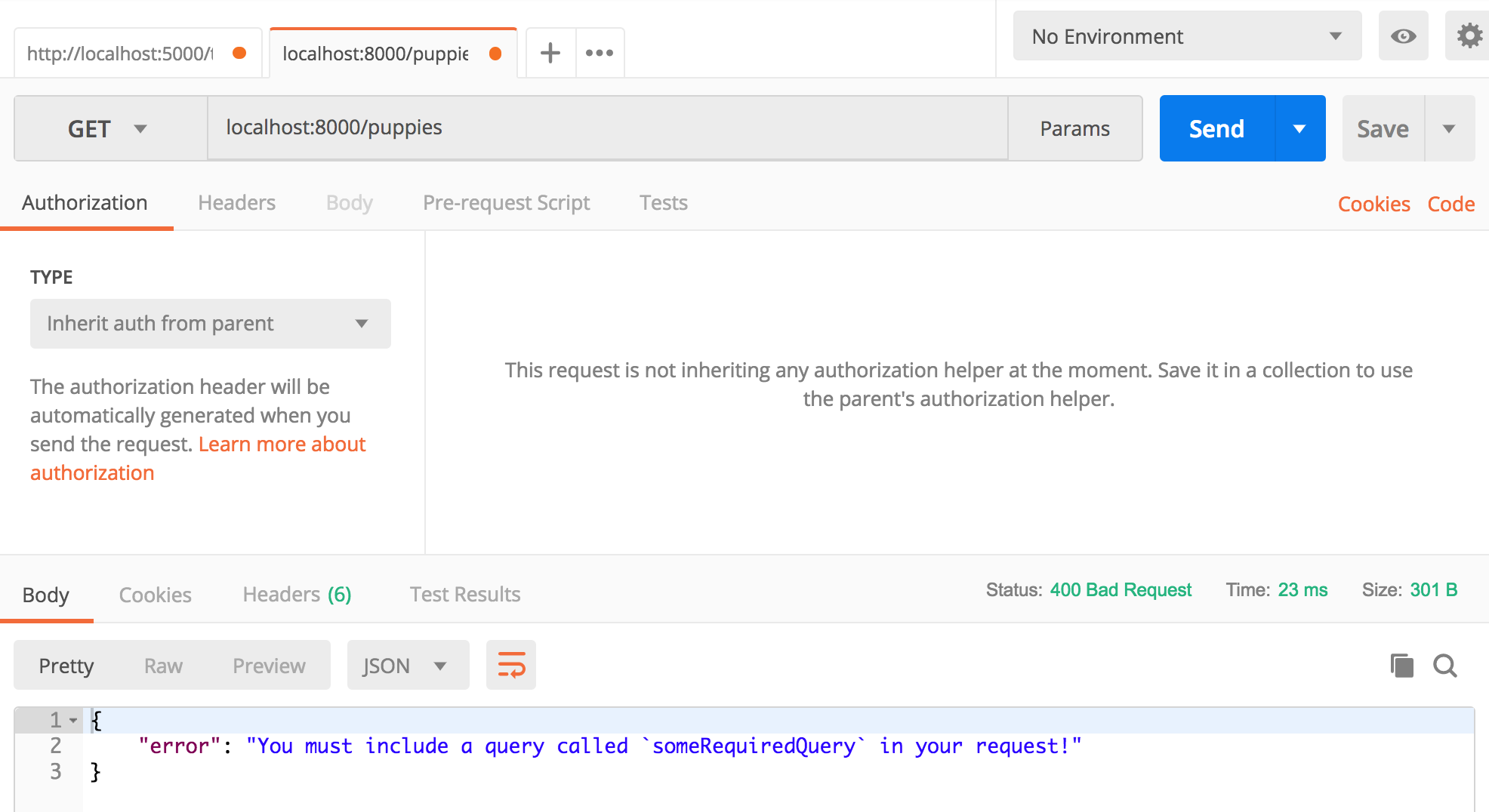 The status is set to 400 and the error message is what we expected it to be.

Make sure to include these practices in your Express apps so you can gracefully handle errors that may pop up in your application.

If you're using a 3rd-party library that passes errors down, you may want to format the messages from those errors yourself so they're more helpful to the client. E.g. Mongoose gives you the ability to do this in a post-save hook 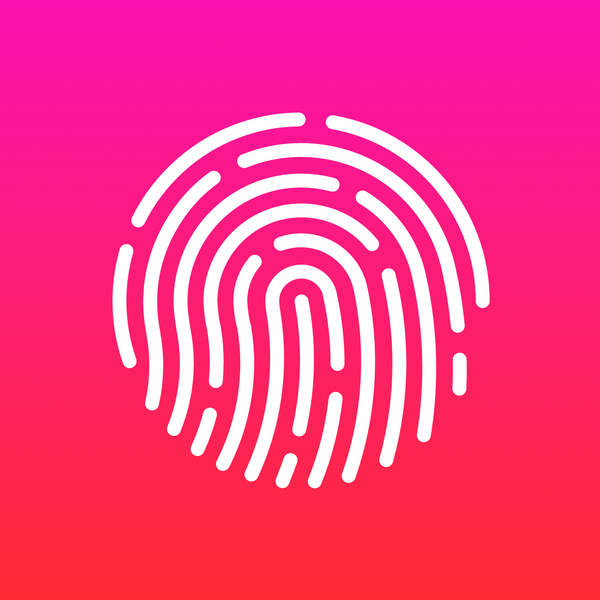 Note: If you haven't yet read through the Authentication Basics post, you should go read through it now before moving on. Intro What we'll be working with is a simple

Tools: HTML5, CSS, Javascript Goal You will be creating a CRUD app that tracks a user's todo list. Users should be able to add todo items, view them in a list or grid, mark each as completed, and delete them from the list. Constraints